Thomas Hansson-Mild and Fredrik Lööf, both from Sweden, will go into Saturday’s final day at the OK Dinghy European Championship in Bandol, France, separated by just one point after they dominated both races on Friday. Charlie Cumbley, from Britain, couldn’t repeat his form from Friday and dropped to third, but is still only three points off the lead to set up a thrilling final day. 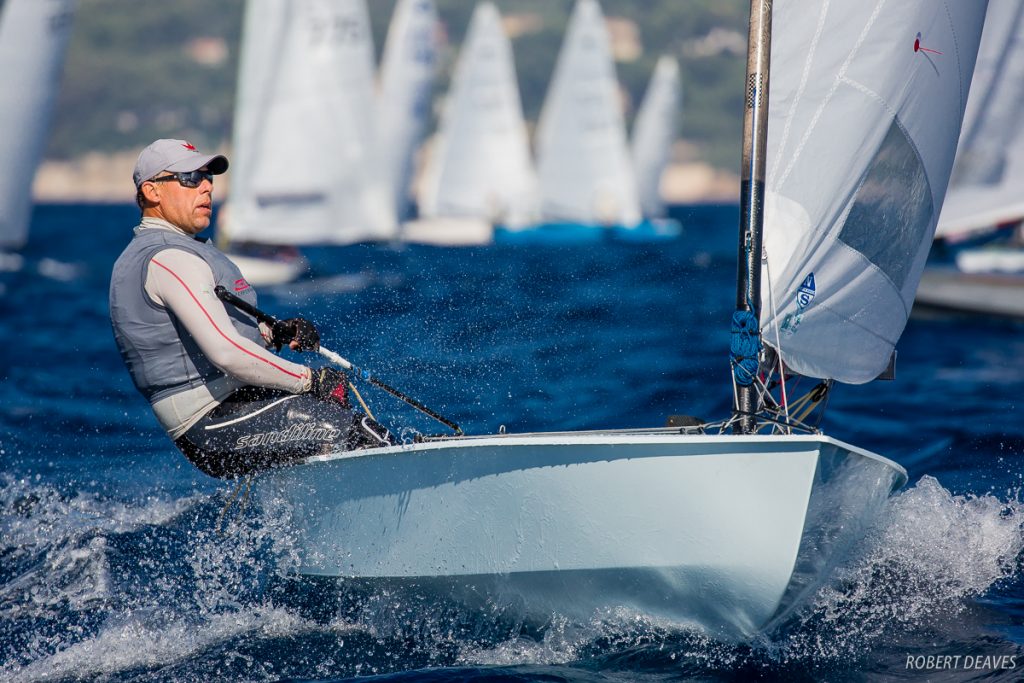 After another, longer, wait on the beach on Friday morning for the wind to set in, the fleet set sail for what was expected to be some more light wind races, but soon after arriving on the course area the wind cranked up to 8-12 knots and kept on increasing during the day to around 15-18 knots by the end of racing. The waves built as well to produce a glamour day of sailing in some superb sailing conditions. Pretty much everyone came back to the beach with a smile on their face to be greeted with even more lashings of free cold beer.

Hansson-Mild, the leader after day 1, had a high scoring day on Thursday, but came out strong again today, despite struggling with a chest cold, with two confident race wins, leading at every mark in both races. Lööf followed him round each race for two second places while Valerian Lebrun, from France, and Bo Petersen, from Denmark, took a third apiece. It has set up a fascinating battle for the final day with three races possible and everything still wide open. 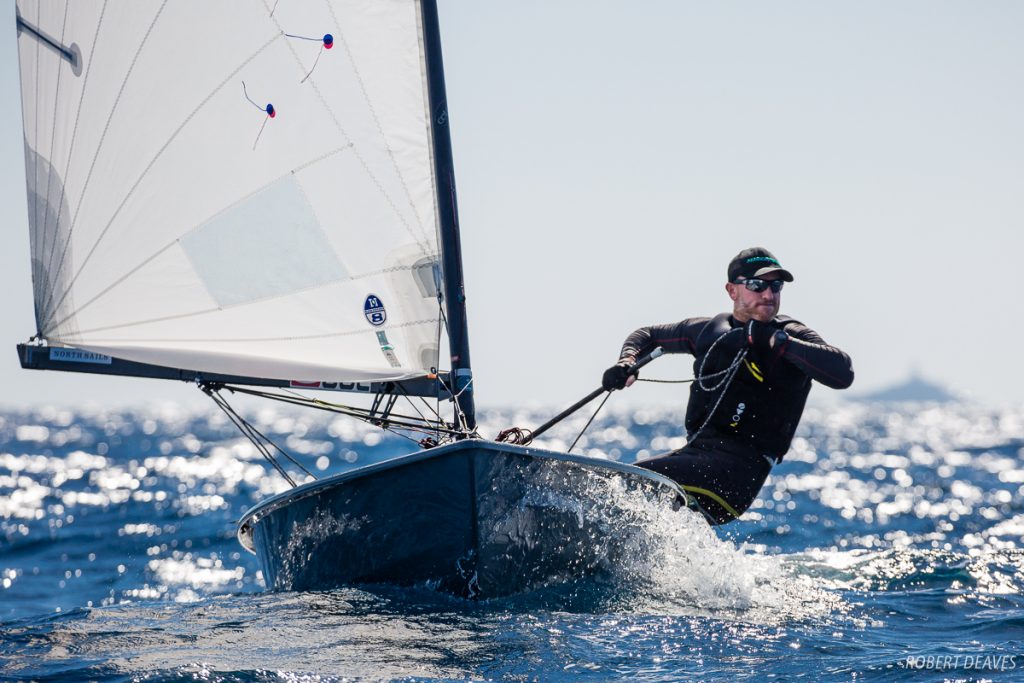 Hansson-Mild was first round the top mark in Race 5, and used his great offwind speed to extend on the fleet. Lööf rounded second but couldn’t reel in his fellow Swede. Meanwhile Lebrun followed round in third place. The places pretty much remained the same throughout with Cumbley keeping his challenge alive with a fourth.

The breeze was up again for Race 5 and at a crowded pin end, Hansson-Mild managed to find a gap right at the boat to tack away and execute a perfect start to cross the fleet. Cumbley found a way past him in the latter stages of the beat, only to capsize at the top mark when his mainsheet popped out of the cleat. This let Hansson-Mild escape and he was gone, never to be caught. Lööf recovered from a bad start to round second with Chris Turner, from Britain in third. 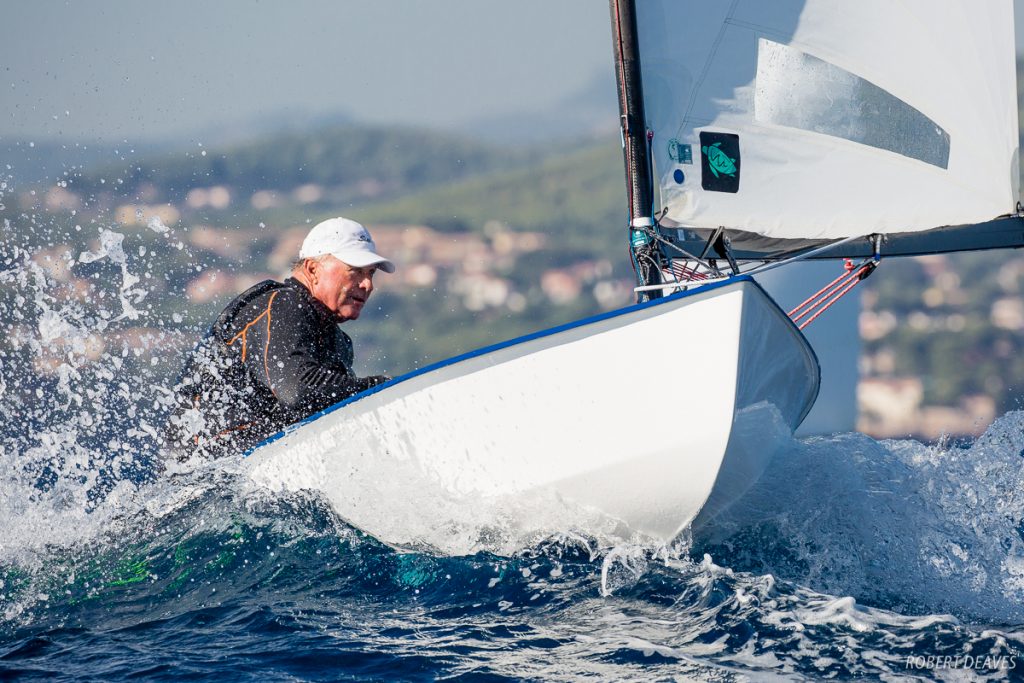 A third race was attempted but in the increasing wind and sea state, the committee boat was having problems setting an anchor and the fleet was sent back to the beach.

The class is enjoying having two America’s Cup stars taking part this week: Lööf and Rod Davis, from New Zealand.

Lööf said of his day, “We thought it would be light winds today but the breeze picked up really nicely. And we had quite challenging conditions. The Swedes were on top. Thomas sailed really well, with really good starts. I sailed a second in the first race and then I had really bad start in the second race and managed to come up to second so I am quite happy about that.”

“For myself I was changing the sail and the rig today and I was a bit nervous about it, but it felt really good and I am really excited for the last day.”

On sailing the OK Dinghy. “It’s a nice change. For the last few years I have been sailing bigger boats, catamarans and keelboats, but to be in the OK Dinghy, it is just fantastic boat. The boat is so light, and racing against the likes of Greg Wilcox, Thomas and especially Rod Davis is just awesome. It’s challenging and just good racing.”

Davis was also happy with his day. “I had a much better day today than yesterday. Yesterday I had a shocker. Today I got off the starting line a lot better. It was a lot windier and I am reasonably comfortable in that. The Freddie Lööfs of the world are a lot better than me at this point, but I am working on it.” 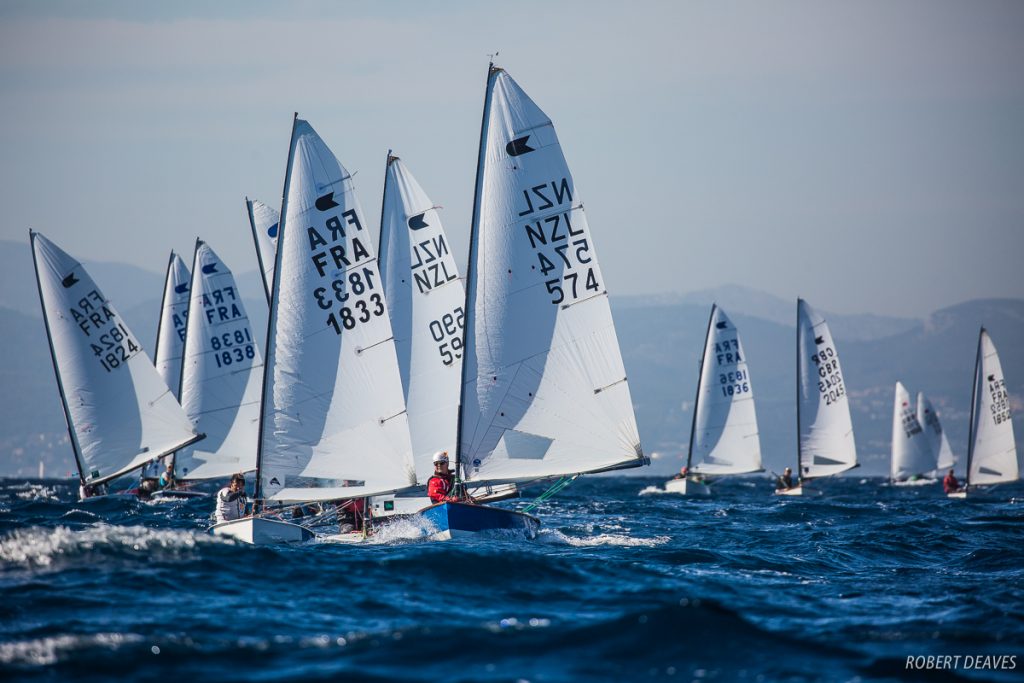 “There are about 20 guys that are all really, really good at sailing OK Dinghies and dealing with 80 boat fleets. This is the biggest fleet I have dealt with in a long, long time and I am just understanding the tactics and positioning of the boats when you are not leading. It’s always easy when you are leading but when you are back in the pack and finding lanes, it’s a good learning curve ahead of the worlds next year.” [At his home club of Wakatere Boarting Club in Auckland, New Zealand.]

What attracts him to sail the OK Dinghy? “The OK Dinghy for me is a great boat to race. That’s probably 50 per cent of it, and the other 50 per cent, maybe more, is the people. The people in the class make the class. I often compare it to joining the mob, or a cult. Once you get in don’t get out, and you don’t want to get out. It’s great fun, the camaraderie and stuff both on and of the race course. I just think it is a magic class.” 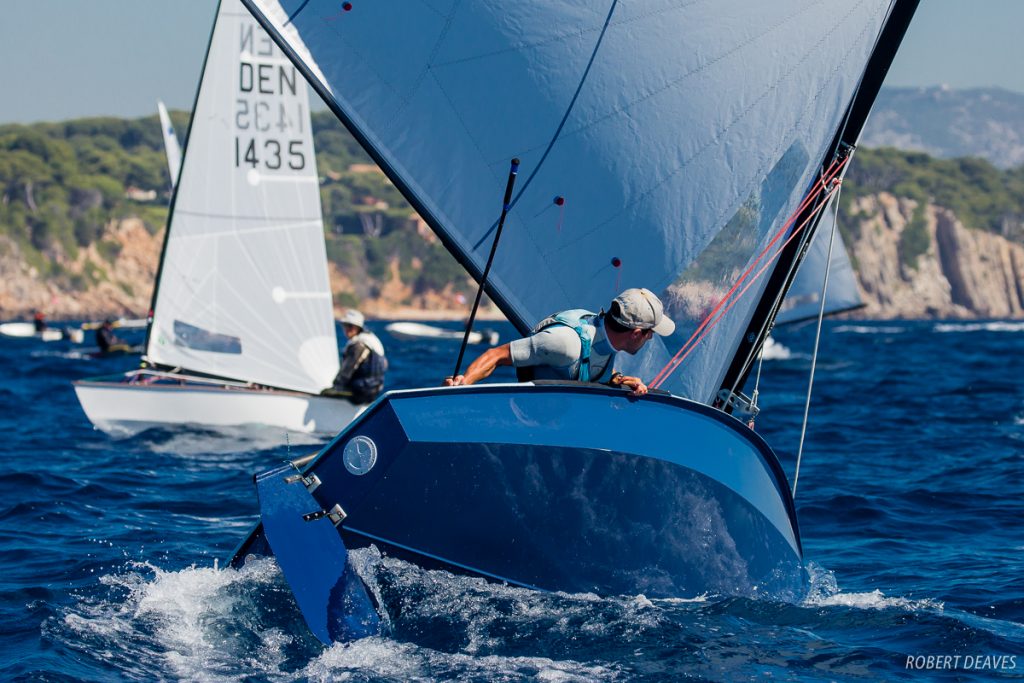 This website stores some user agent data. These data are used to provide a more personalized experience and to track your whereabouts around our website in compliance with the European General Data Protection Regulation. If you decide to opt-out of any future tracking, a cookie will be set up in your browser to remember this choice for one year. I Agree, or Deny
664