Fredrik Lööf, from Sweden, has lifted the 2018 OK Dinghy European Championship title with a thrilling last race win, after the title fight went right down to the wire. Charlie Cumbley from Britain, took silver, while Thomas Hansson-Mild, also from Sweden, took bronze.

These three sailors have dominated all week, winning all eight races between them, though the narrow points gap to the rest of the fleet is perhaps an indication of how tough the week has been. 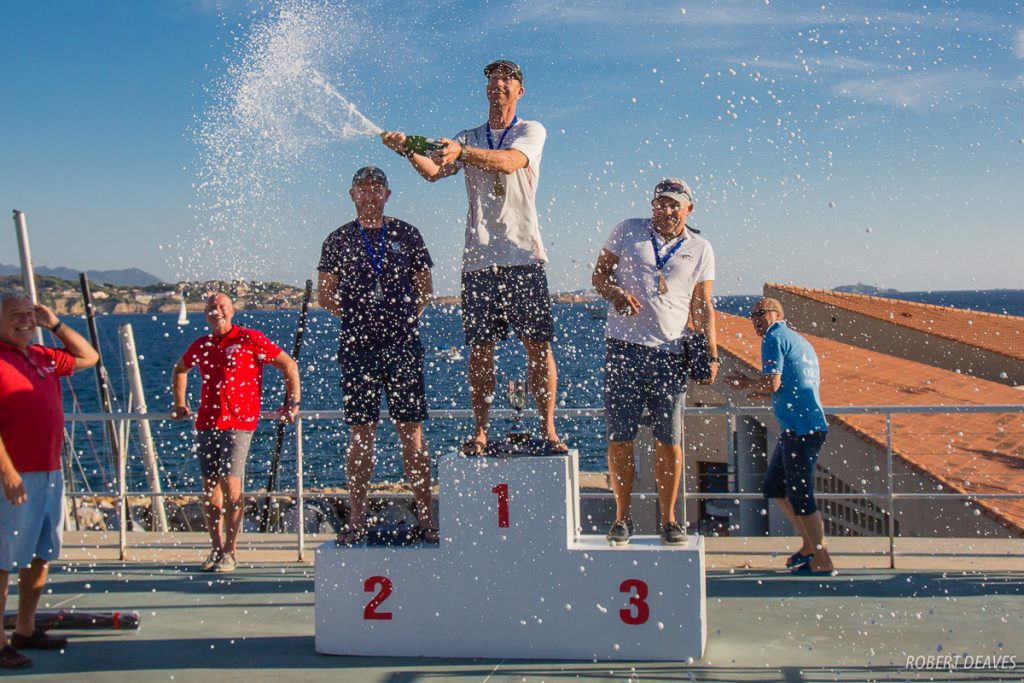 The breeze was back in the east for the final day, filling in late morning, but never really taking hold until the middle of the second race. The course area was set opposite Bandol, in the waters off Sanary.

In the first race of the day, the left was definitely paying on the first upwind, with a number of new faces at the front. Chris Turner, from Britain led round the top from Joe Schubert, of Denmark, while Cumbley, in third, was one of the few leaders at the front. Cumbley soon passed Schubert and then Turner to cover them up the final beat for the race win and at this point had taken the overall lead.

The final race would be the decider between the top three, but a big shift soon after the start left Hansson-Mild and Cumbley well back and struggling to catch up. Lööf got it right to lead round the top from Bo Petersen, of Denmark, and Valérian Lebrun, from France. These three extended on the fleet and while the two other contenders closed on the leaders they could got get close enough to challenge Lööf’s looming victory. Finally they ran out of race track and a delighted Lööf crossed the line, hat in the air, and smiling from ear to ear. Cumbley had taken the silver by one point from Hansson-Mild. 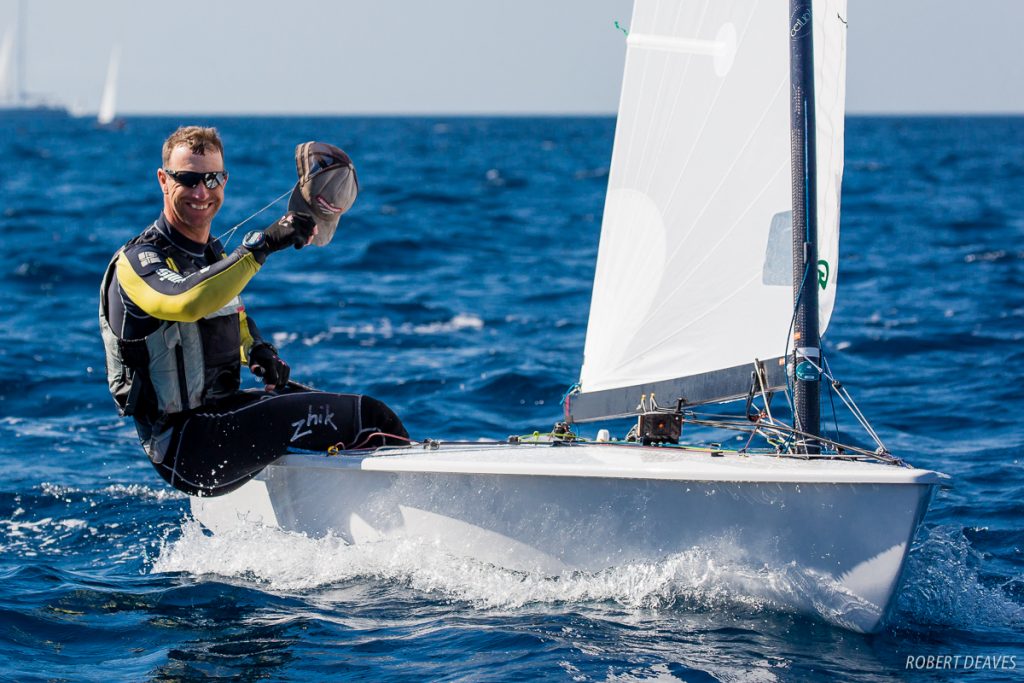 Lööf said, “It’s been a really fantastic regatta, with really great conditions. The last race was a bit tricky; a bit left favoured but you could also see some pressure on the right. Charlie and Thomas were a bit more conservative and for the first time I was actually more aggressive than those two and it paid off. I almost won the pin and got the shift and it was a long way home, but I was well ahead of the other guys and won the last race and it’s just fantastic.”

“It was like Daniel Dahon told me before the start – anything can happen – and I thought the breeze was coming up a bit and it’s going to be hard to put some boats between myself and Charlie and Thomas. Everyone was hiking hard behind me and it was not easy for them to come back so it was a pretty cool last race. It was a fantastic regatta and the class is colourful and a lot of smiles out there all the time, on the shore and out there sailing, so just fantastic. The OK is great.”

Double European champion Bo Petersen sailed a great regatta but could not make the podium this year. He said, “This regatta has seen all kinds of weather from light to breezy and today it was very, very shifty and puffy. There were some areas with no wind and some areas with a lot of wind with a different angle. So it was very difficult to sail out there today.”

“In the future I think there will be a possibility that other guys from other classes will come and join us. I hope more Finn sailors will come and join us and feel the atmosphere. There are a lot of good friendships in this class and whoever has charge of the regattas is doing a very good job. With the after race beer and sailing chat, friendships are built across countries and it is a good class to be in.” 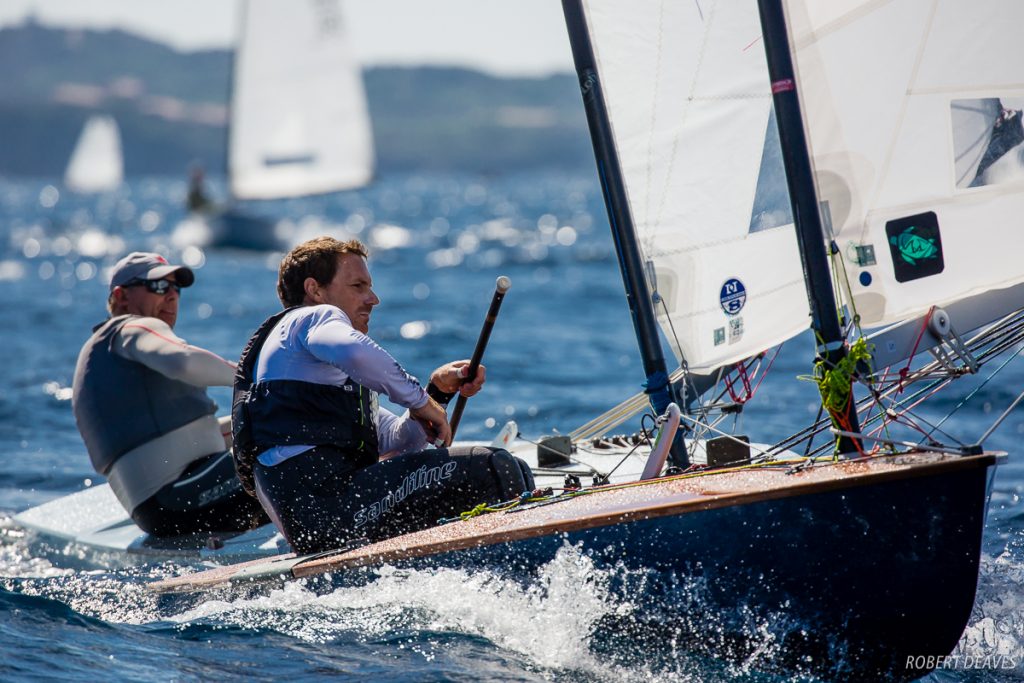 Valérian Lebrun was sailing is first OK Dinghy regatta and has promised to return. “I am pretty happy with my first experience in the OK Dinghy. Unfortunately it was very windy before the racing and I only had 45 minutes of training, which was definitely too little, but I was able to improve race after race and day after day and finally I was able to feeling good in the boat and was able to sail well against the best ones here.”

“I need to thank Simon Cox from Synergy Marine who sent a boat for me to try the OK Dinghy and definitely I will be sailing the OK again.”

“I have to say the best part was of the regatta was the people. They were all very interesting persons and all very nice. The time we spent onshore was great as well. I think the venue – and despite and despite being a French sailor it was the first time I am sailing here – we just had perfect conditions during the four days so I think everyone will keep a good souvenir about this championship.”

The prizegiving was held on top of the roof of the Societé Nautique de Bandol (SNB) overlooking the race area on a beautiful, hot and sunny afternoon. Will Heritage, from Britain won the Junior prize, while Mary Reddyhoff, also from Britain won the Ladies prize. Fifty years after he sailed the OK Dinghy World Championship here, Jørgen Lindhardtsen won the over 70s prize. 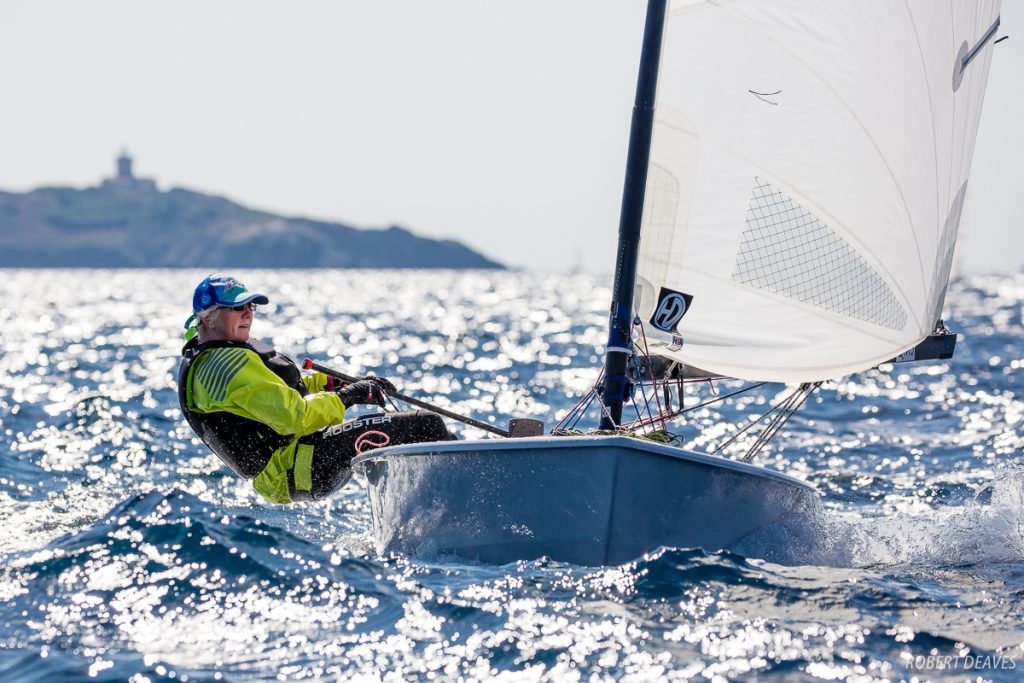 Art of Racing sponsored a prize with a raffle for a new boom, which ended up being presented to Laurent Petetin, the President of the SNB.

The SNB has been the perfect host and the OK Dinghy class looks forward to coming back to Bandol soon. Even so, the next Mediterranean championship has also been arranged for May 2019 and you get the feeling that quite a few sailors racing this week might be back. It has been just so much fun in a beautiful location. 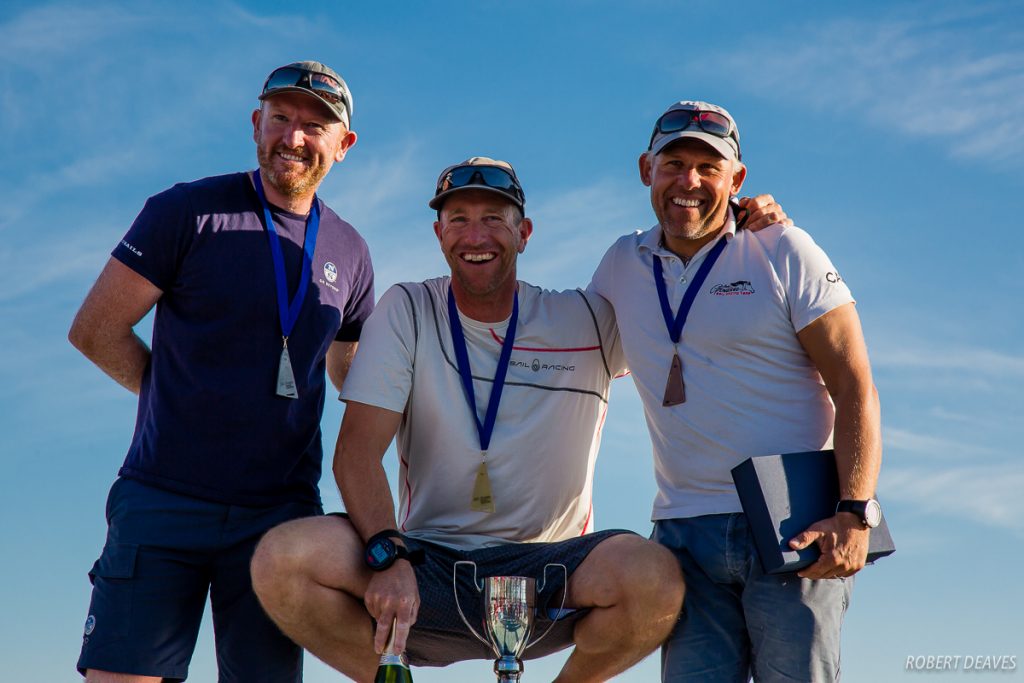