The 2018 OK Dinghy European Championship was opened Wednesday evening at the SNB (Societé Nautique de Bandol) after two races were sailed late in the day following several days of strong winds. The 2009 world champion Thomas Hansson-Mild, from Sweden, is the early leader from Sönke Behrens of Germany and Fredrik Lööf, of Sweden.

Eventually, 76 OK Dinghies from 10 countries have registered for the championship, the first ever class Europeans on the Mediterranean. At the opening ceremony tonight at the SNB clubhouse, with its fantastic views over the bay, everyone was reminded that the event was happening because of the revival of the Mediterranean OK Dinghy fleet over the past five years. The President of the SNB, Laurent Petetin, who is also taking part this week, paid tribute to all those who had helped both build the local fleet as well as support the organisation of the championship. 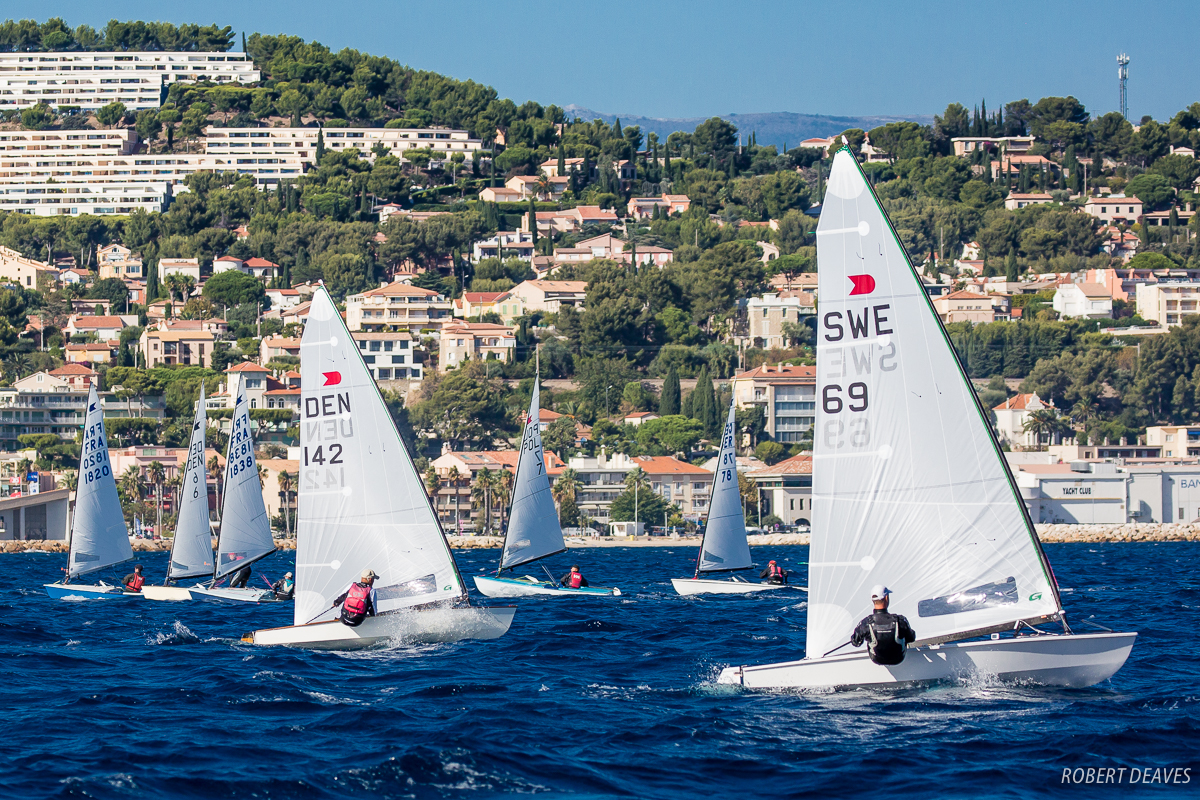 The opening day was a challenge for all 57 boats that ventured out onto the water with very tight racing, packed mark roundings and tactical sailing right through the fleet. But they were all glad to get two races on the board.

After the practice race was abandoned on Tuesday during a day of 25-30 knots, Wednesday predicted much of the same with the morning spent doing final checks before the scheduled afternoon races were postponed as the wind increased again and kept the fleet onshore. Eventually the decision was taken to release the fleet to sail a shorter course in the more sheltered waters of the Bay of Bandol.

The geographic limitations of the course area and the wind direction meant the windward mark was just off the shoreline and made for a challenging upwind that was ever quite guaranteed. But 50 years after he competed in the world championship on these same waters, Jørgen Lindhardtsen, from Denmark, delighted everyone by leading around the top mark in Race 1. However, unfortunately, Lindhardtsen was OCS and Lööf, who wasn’t far behind, took the lead on the second upwind to lead round to the finish, though he was pushed hard by Charlie Cumbley, from Britain, and Hansson-Mild in the closing stages for a tight finish.

Newcomer to the fleet, Valerian Lebrun, from France, was fastest to the top mark in Race 2, but couldn’t hold onto the lead. The lead changed several times, with Greg Wilcox, from New Zealand, leading round the second lap, before eventually Hansson-Mild took the lead on the downwind to lead the fleet up the final beat for another close finish. Wilcox lost out on the line to Bo Petersen, from Denmark and Behrens. 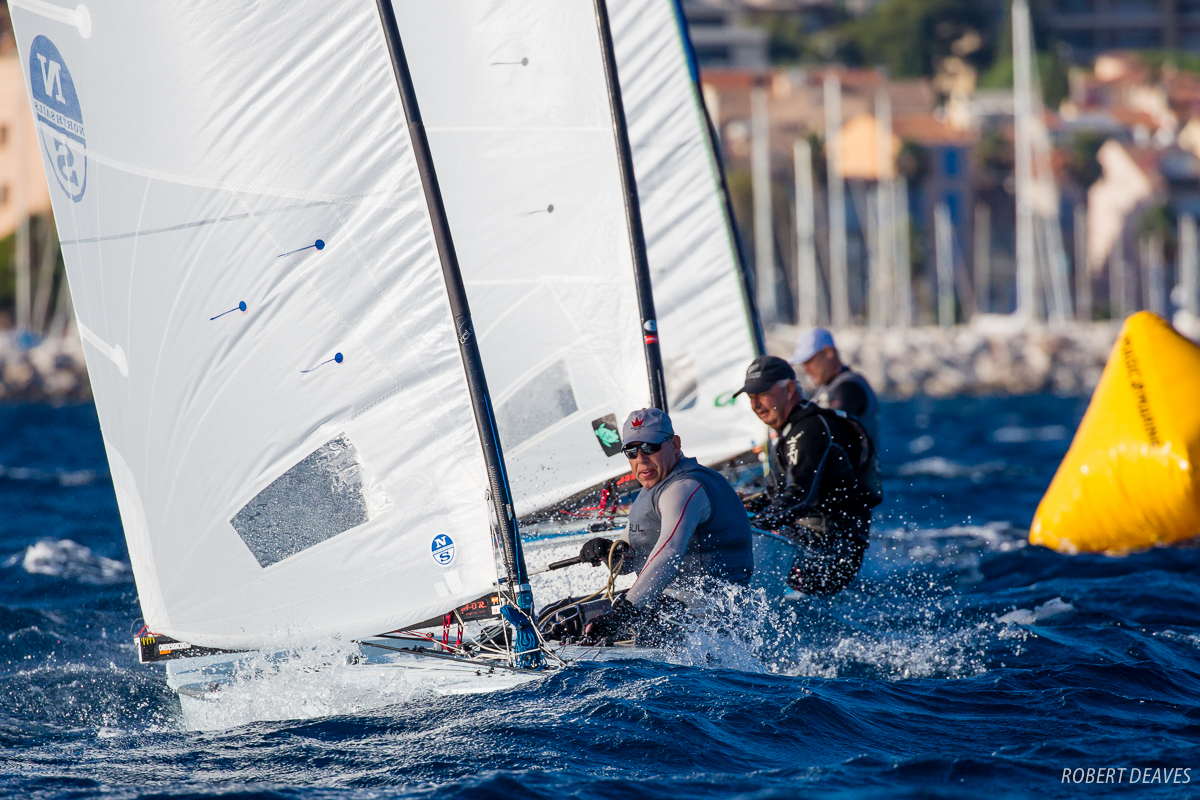 Lindhardtsen is one of a very few sailors here who competed in the 1969 world championship on these waters. Half a century later he is back and enjoying his OK sailing.

“It’s quite nice to be back, but I haven’t sailed so much for the last two years so today was quite windy for me. I had two good starts, and it was nice to see that the speed was OK.”

“I was not too happy with the second race as I had a really bad start, and went to the right side and that was not so good as you had to go left all the time.”

From 50 years ago, “I remember the forecast was about the same for the last day and we sailed in the same area, so it’s nice to be back.”

Hansson-Mild said, “Tough day. We were sitting on shore waiting for the wind to decrease and it didn’t, but the race committee and us sailors were quite keen to get the races done so we sailed just outside the harbour and it was very shifty, and the breeze was up. We were sailing on a very short curse and the tempo was high.”

“I managed to pull out a third and a first so I am happy with that start.”

“It was fantastic racing because the closeness of the racing was amazing, You could come from each corner and there was nothing particular, just picking the shifts and keeping focus and momentum up. It was everybody’s game out there so great fun.”

Three races are scheduled on Thursday from 11.00 with lighter wind forecast for the next few days.